CONDOS AS RENTALS – MAINTENANCE AND THE HOA 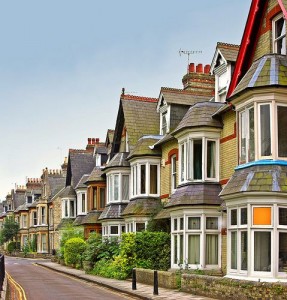 A while back I added a post about HOA’s and condos.  Since then condos have been on my mind. This article is about another issue I came across years ago while managing rental condo, something that could be very serious.

I had a tenant in an upstairs condo complain that their dryer would not dry their clothes. The dryer was provided so I sent out an appliance repair man. The repairman said the dryer was working correctly and he suspected that the vent was clogged. The handyman I sent out to look at the vent called me and said the tenant was trying to dry their clothes when he got there. When he pulled the dryer out the wall where the vent was had become very hot. He said when he pulled the dryer vent tube connection off the wall he found lint in the wall but no dryer vent tube. Wow! How did that happen?

It happened like this. When the condo building was constructed the contractor used plastic flexible vent tube. The kind with the wire spring in it. Over the years due to decay and heat the vent tube had disintegrated. How long ago that happened is anyone’s guess. I told the tenant not to use the dryer until we had made a repair.

I notified the condo association of the problem because I thought it had the potential to be dangerous and since it was a construction issue that would affect all units in the complex. I believe this repair like other repairs outside the airspace of the condo should be taken care of by the association. They wouldn’t give me an answer so I had the repair made.

Being a two story the vent tube went down to a space between the floors. Then it crossed the building to an outside wall where it exited through a vent cover on the outside of the building. The handyman pulled what was left of the tube out of the building and vacuumed the lint out. All the vent tube was replaced with metal so this wouldn’t be a problem again. The neighbor down below owned his unit and when he saw what was going on he got curious enough to ask the handyman what he was doing. When the neighbor found out, he hired the handyman replace his dryer vent tube as well. I’m glad he did that. Unfortunately, there is no way to know how many units had this problem, how many had it corrected in the past or how many were still in need of repair. I feel the HOA should have taken the lead on this to make sure all units were repaired.

I followed up with the condo association and they said they had notified the board of directors. On the board were condo owners who were also residents. The property I managed was sold. I do not know what action was taken. Have any property you purchase inspected carefully first.